We dedicate our work, this year, to the following people of African Descent killed by an a fellow American because of racism.  We do so as Friends of the African Union affiliates and allies call for a Global Compact to Build Back the World Better with Democracy in a New World Order Version 5.0 with a #JustEconomy built on the Black Folks Plan, a model to defeat racism in the USA. 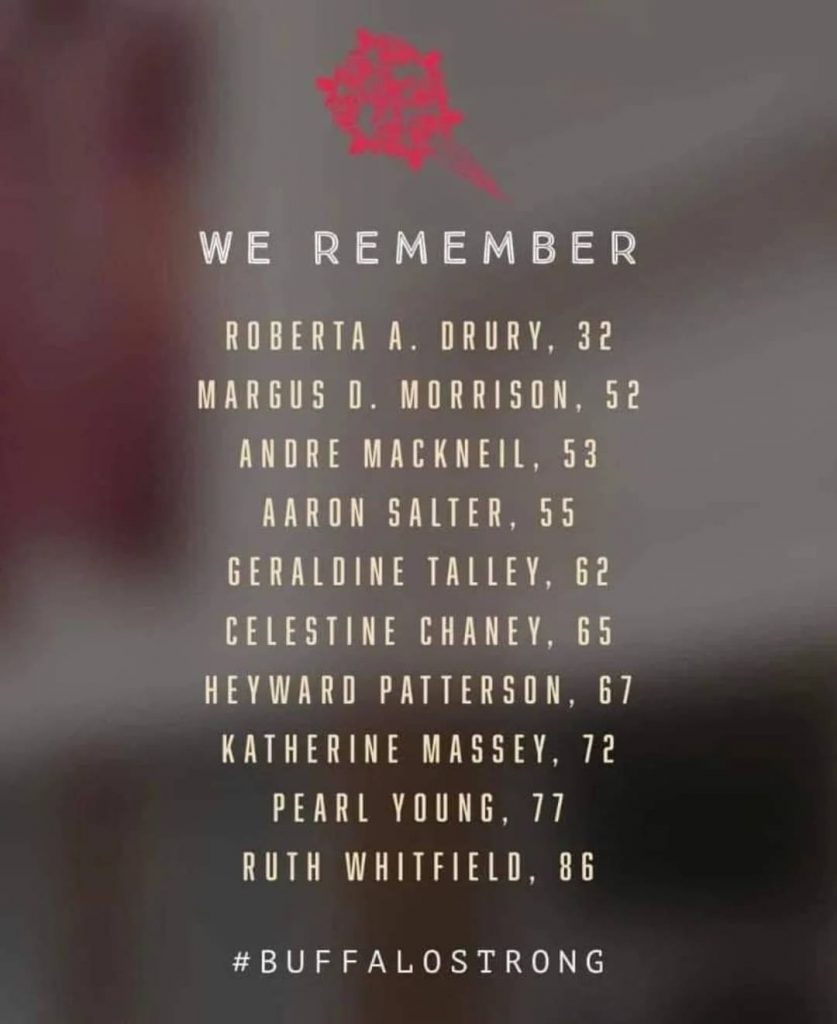 This American action will be the basis for the use of Friends of the African Union Global Operations Center proposed call to action starting May 25th 2022 for a Global Compact to Build Back the World Better with Democracy in a New World Order (now updated with) Version 5.0 with a #JustEconomy in a program of action driven in response to United Nations General Assembly resolution A/RES/76/266 which was adopted it at its seventy-sixth session entitled “A global call for concrete action for the elimination of racism, racial discrimination, xenophobia and related intolerance and the comprehensive implementation of and follow-up to the Durban Declaration and Programme of Action“

The main work is based around the Friends of the African Union Economic Development Corporation Daniels IDIQ Revenue Anticipation Note for Governments (FAU IDIQ) that is to be licensed to a public private partnership that would involve governments in the United States of America (USA), the African Union (AU), Organization of American States (OAS), The Caribbean Community (CARICOM), and the Organization of African, Caribbean and Pacific States (OACPS) as well as those in the G-7, European Union, Asia-Pacific Economic Cooperation (APEC) and the Organization of Islamic Cooperation (OIC) based on a superset of the $5T USD reparations plan of action Queen Mother Dr. Blakely carried to the third round of the United Nations Financing for Development as a guest of the International Chamber of Commerce, the $510B in US Federal Reserve bank based community benefit agreements created by the National Community Reinvestment Coalition and its members like Friends of the African Union who is signature to $118B of them , a superset of ISO26000:2010 and using US Presidential Executive Order 13985 through the actions of the US Government in a update to our submission December 3rd 2020 to the Working Group of Experts on People of African Descent (WGEPAD) public 27th session, entitled “The Urgency of Now: Systemic Racism and the Lessons of 2020”.

For reference on that UN Working Group of Experts on People of African Descent (WGEPAD) 27th session, entitled “The Urgency of Now: Systemic Racism and the Lessons of 2020”. submission go to:

The Black Folks Plan for the World


In reference it uses this worldview 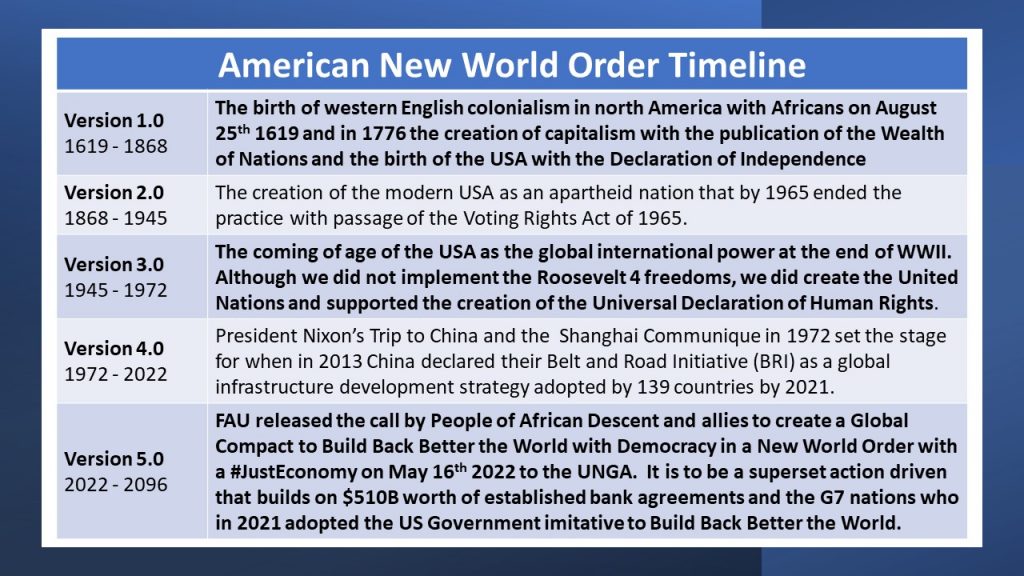