The Economic, Social and Cultural Council (ECOSOCC) was established in 2004 as an advisory organ to the AU composed of civil society organisations (CSOs). The principle of ECOSOCC is for civil society to organise itself to work in partnership with the AU.

ECOSOCC was established under the provisions of articles 5 and 22 of the AU Constitutive Act. Its Statutes, adopted by the AU Assembly in July 2004, define it as an advisory organ composed of different social and professional groups of AU Member States (Assembly/AU/ Dec.48(III)). The first ECOSOCC General Assembly was formally launched on 9 September 2008 in Dar es Salaam, UR of Tanzania.

The Economic, Social, and Cultural Council of the African Union (ECOSOCC) was established under the provision of Articles 5 and 22 of the AU Constitutive Act. Its Statutes, adopted by the AU Assembly in July 2004, define it as an advisory organ composed of different social and professional groups of AU Member States.

Under Article 4 of the ECOSOCC Statutes, ECOSOCC is composed of 150 Civil Society Organization (CSOs): two (2) CSOs from each Member State; ten (10) CSOs operating at regional level and eight (8) at continental level, twenty (20) CSOs from the African Diaspora, as defined by the Executive Council and covering the continents of the world; and six (6) CSOs, in ex-officio capacity, nominated by the AU Commission and based on special considerations, in consultation with Member States. Article 4 (2) provides that the elections for members of ECOSOCC at Member State, regional, continental and Diaspora levels shall ensure fifty percent (50%) gender equality provided that fifty percent (50 %) of the representatives shall consist of youth between the ages of 18 and 35. Members are elected for a term of four (4) years and may be re-elected only once.

The 3rd Ordinary Session of the Credentials Committee Meeting held in Cairo Egypt from 20-22 April, 2018 directed the ECOSOCC Secretariat to open the application process for elections into the 3rd Permanent General Assembly from 25th April to 30th September, 2018.

CSO members include but are not limited to:

ECOSOCC’s highest decision- and policy-making body is its General Assembly, which is composed of all members as provided for in article 4 of the ECOSOCC Statutes. The General Assembly submits advisory opinions and reports as well as proposals on the budget and activities; approves and amends the Code of Ethics and Conduct developed for CSOs affiliated to or working with the AU; and reviews and makes recommendations on ECOSOCC activities.

The Assembly elects a bureau composed of a presiding officer and five deputies. Bureau members are elected on the basis of equitable geographical distribution and rotation, including one member representing the Diaspora. The General Assembly also elects an 18-member standing committee composed of a bureau, chairpersons of the 10 Sectoral Cluster Committees and two AU Commission representatives. The term of office for the Standing Committee members is two years.

The Standing Committee coordinates ECOSOCC’s work, prepares its General Assembly meetings, follows up implementation of the Code of Ethics and Conduct developed for CSOs, and prepares and submits the ECOSOCC annual report to the AU Assembly. The Committee held its first meeting in July 2009.

The Committee is responsible for examining the credentials of ECOSOCC members and their representatives. Its Rules of Procedure are adopted by the General Assembly.

Article 11 of the ECOSOCC Statutes established the 10 Sectoral Cluster Committees as key operational mechanisms to formulate opinions and provide input into AU policies and programmes. The Committees are: Peace and Security; Political Affairs; Infrastructure and Energy; Social Affairs and Health; Human Resources, Science and Technology; Trade and Industry; Rural Economy and Agriculture; Economic Affairs; Women and Gender; and Cross-Cutting Programmes (such as HIV/AIDS, international cooperation and coordination with other AU institutions and organs).

The ECOSOCC General Assembly may recommend amendments to the established Sectoral Cluster Committees.

The General Assembly should meet in ordinary session once every two years. It may also meet in extraordinary session. The quorum for General Assembly meetings or of any of its committees is a simple majority (article 15). Each member has one vote. Decision-making is by consensus or, where consensus cannot be reached, by two-thirds majority of those present and voting (article 16). Questions of procedure require a simple majority.

The frequency of committee meetings is yet to be provided in the Rules of Procedure.

Friends of the African Union meet with ECOSOCC in 2015 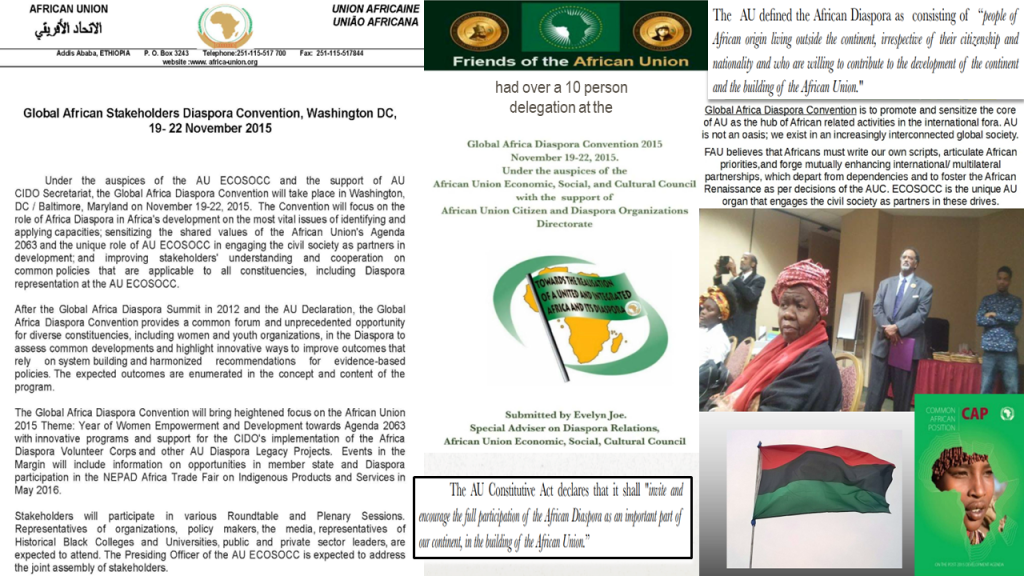 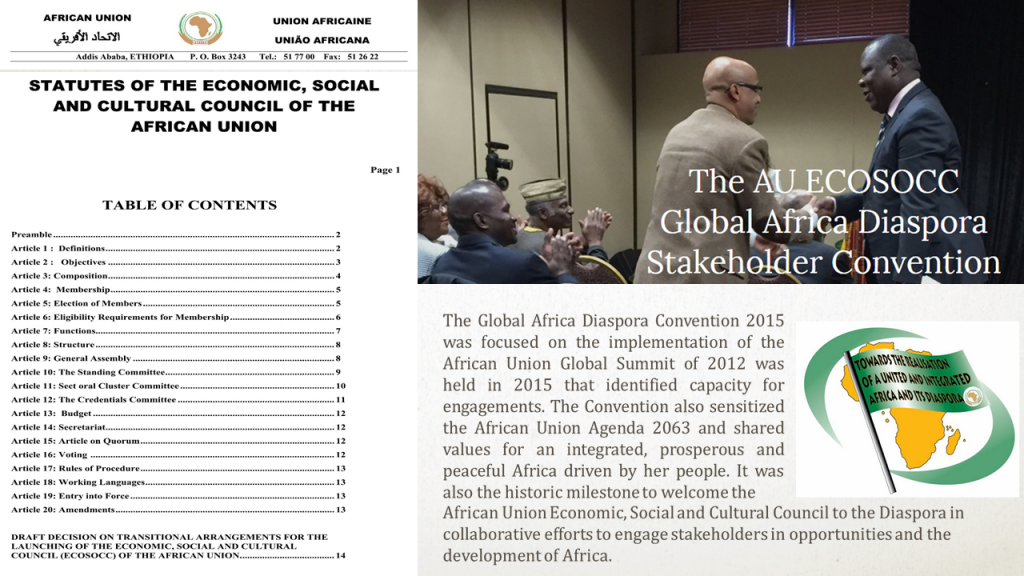