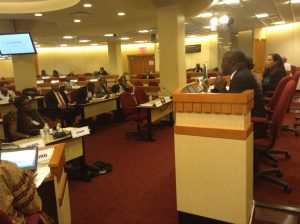 Our delegation was headed by FAU Chairman Hershel Daniels Junior. 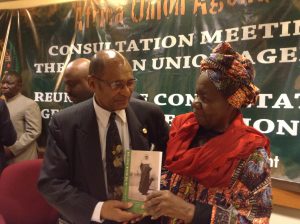 FAU put forth a $1.25 Trillion Dollar plan for African Americans based on our 2012 work with the US State Department 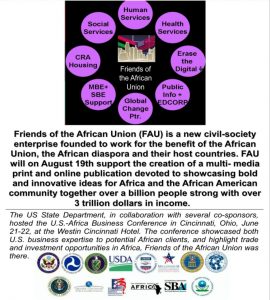 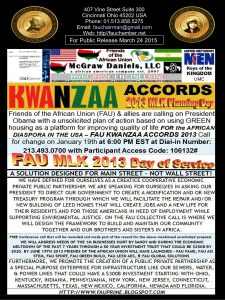 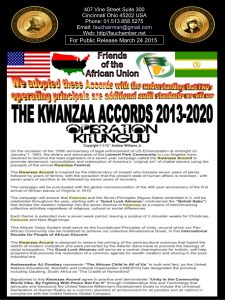 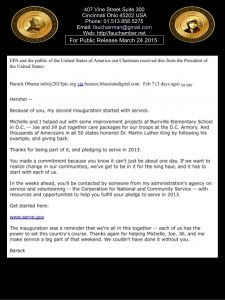 Here are some of the work documents used at the consultation –

Opening Remarks of the Commissioner for Economic Affairs of the AUC

African Identity, Culture and Diaspora Interests and Concerns in the Context of Agenda 2063

Presentation – Role of the African Diaspora by Mr David Commissiong

The above factors constitute a unique opportunity for Africa to capitalize upon. Agenda 2063 while seizing these opportunities, underlines the fact that success depends on unity of purpose; transparency; placing citizens’ first; sound governance; willingness and capability to assess performance and correct mistakes timely

Agenda 2063 should be seen as a logical continuation of recent developments with renewed and invigorated efforts to catalyze development and strengthen African integration and unity. It aims to build upon the achievements and draw lessons from earlier strategic planning efforts at the regional and sub-regional levels, including the Lagos Plan of Action, the Abuja Treaty and the NEPAD, to address new and emerging issues in the continent over the short, medium and long-term. Indeed, Agenda 2063’s guiding principle is continuity of actions, drawing appropriate lessons, building upon what has worked in the past; and in brief making every effort to do things better.

Thus Agenda 2063 should be seen as a unique opportunity to recreate the African narrative by putting it into perspective to energize the African population and harness citizens creativity through a set of clear goals that citizens participate in setting for unity, peace and development in the 21st century. The thrust of Agenda 2063 is a program of social, economic and political rejuvenation that links the past, present and the future in order to create a new generation of Pan Africanists that will harness the lessons learnt and use them as building blocks to consolidate the hope and promises of the founding parents for a true renaissance of Africa.

Agenda 2063 is expected to be a source of inspiration for development of national and regional sustainable development plans.