The Unsolicited Proposal contained herein is called the #BlackFolksPlan Solution and is based on response to the statements the US State Department led interagency response to the 2015 United Nations Universal Periodic Review of the USA (#UNUPR) that said “Civil Rights, Ethnic, & Racial Discrimination” is the number one USA human rights problem. 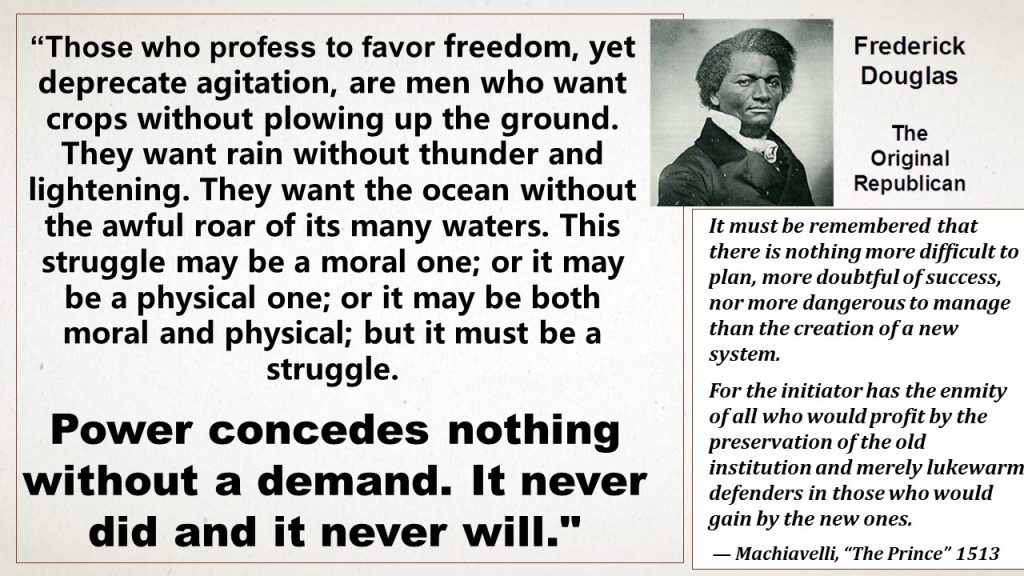 This a DRAFT of a to be developed by August 25th 2019 presented for review by members of Friends of the African Union, the African Disapora Directorate & allies for action by US State Department as part of our updated response to the Universal Periodic Review of the United States of America in 2020 (even through the United States Government is not in the UN HRC).

A 2019 Proposed Unsolicited Proposal to US State Dept.

Offeror’s name and address and type of organization

The African Diaspora Directorate & its affiliates, co-founders and members  believes that executive action by the US Government of a $5T Quantitative Easing based debt purchasing program (The Daniels IDIQ) can be a solution for the fundamental injustice, cruelty, brutality, and inhumanity of African slavery in the United States of America (USA and or America) between 1789 & 1866 and progenitors to the 13 American colonies between 1619 & 1789 & its effects subsequently de jure & de facto of racial & economic discrimination on the descendant Americans of America’s African slavery. It will address the damage incurred by past & current federal government racism against freed African Slaves in the USA from 1865 to 1868 & African Americans from 1868 to 2019. It will be a stimulus to the American Economy that

(2) answers under the control of our Federal Executive Branch to the statements in the inter-agency response set forth by the US State Department to the United Nations Universal Periodic Review of the USA in 2015 that said “Civil Rights, Ethnic, & Racial Discrimination” is the number one human rights problem in the USA;

(4) helps the other Americans through indirect associations by the creation of supportive ancillary jobs & entrepreneurial opportunities thereby supporting the advancement of the American people as a whole, and;

(5) is just adequate enough to implement real changes that reverse long-standing conditions caused by systemic de jure and de facto racial and economic discrimination, as documented in depth elsewhere, that provides a means from 2019 to 2169 to address these issues with a 150-year capital trust to do so.

Names and telephone numbers of technical and business personnel

There is proprietary data to be used.

DRAFT USE OF PROCEEDS FROM THIS ASSET PURCHASE PROGRAM