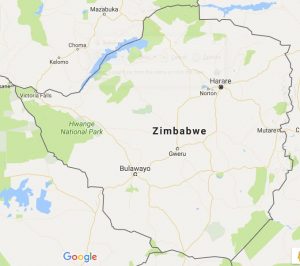 International law organization participation:
has not submitted an ICJ jurisdiction declaration; non-party state to the ICCt

Cabinet: Cabinet appointed by president, responsible to House of Assembly
elections/appointments: each presidential candidate nominated with a nomination paper signed by at least 10 registered voters (at least 1 candidate from each province) and directly elected by absolute majority popular vote in 2 rounds if needed for a 5-year term (no term limits);

election last held on 31 July 2013 (next to be held in 2018); co-vice presidents drawn from party leadership

description: bicameral Parliament consists of the Senate (80 seats; 60 members directly elected in multi-seat constituencies – 6 seats in each of the 10 provinces – by proportional representation vote, 16 indirectly elected by the regional governing councils, 2 reserved for the National Council Chiefs, and 2 reserved for members with disabilities; members serve 5-year terms) and the House of Assembly (270 seats) members of the House of Assembly consist of 210 members elected in single-member constituencies and 60 women elected by proportional representation in ten six-seat constituencies based on the country’s provinces. Voters cast a single vote, which is counted for both forms of election. The 80 members of the Senate include 60 members elected from ten six-member constituencies (also based on the provinces) by proportional representation using party lists; the lists must have a woman at the top and alternate between men and women. The other 20 seats include two reserved for people with disabilities and 18 for traditional chiefs.

Flag description:
seven equal horizontal bands of green, yellow, red, black, red, yellow, and green with a white isosceles triangle edged in black with its base on the hoist side; a yellow Zimbabwe bird representing the long history of the country is superimposed on a red five-pointed star in the center of the triangle, which symbolizes peace; green represents agriculture, yellow mineral wealth, red the blood shed to achieve independence, and black stands for the native people