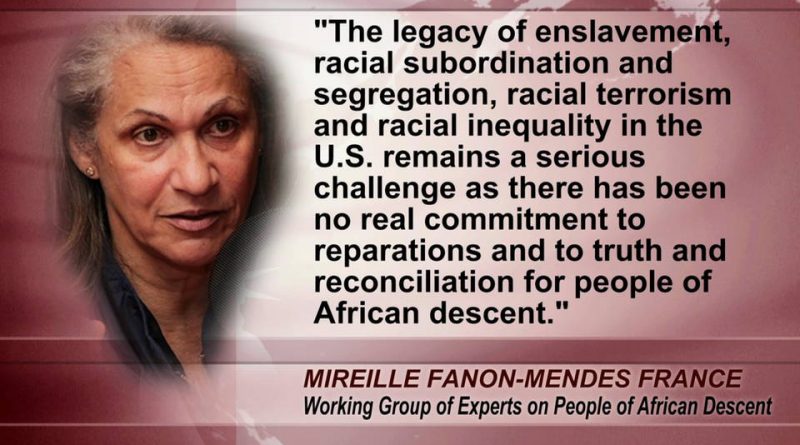 Who are we joining?

The United Nations Association of the United States (UNA-USA) is a movement of Americans dedicated to supporting the United Nations. With over 20,000 members (60% under the age of 26) and more than 200 chapters across the country, UNA-USA members are united in their commitment to global engagement and their belief that each of us can play a part in advancing the UN’s mission and achieving the Sustainable Development Goals.

The United Nations Association of the United States Mission

We are dedicated to educating, inspiring, and mobilizing Americans to support the principles and vital work of the United Nations and its agencies. Our nationwide network is committed to strengthening the United Nations system, promoting constructive United States leadership in that system, and achieving the goals set forth in the UN Charter. UNA-USA is a program of the United Nations Foundation. UNA-USA and its partner organization, the Better World Campaign, comprise the largest network of UN advocates in the world.


Who is Friends of the African Union?

Friends of the African Union (FAU) is proposing creating a domestic next-generation innovation team for sustainable change in human rights in the United States of America based on our joint work in Hamilton County based on FAU’s work in the United Nations and other work of partners such as those in the United Methodist Church through Keys of the Kingdom UMC Chapter of the Black Methodists for Church Renewal and district social justice ministry (The UMC Agency Church and Society holds a non-governmental, consultative status with the United Nations. This status allows us to participate in UN meetings, consultations and conferences.) .

JS51_UPR22_USA_E_Main – New Future Foundation and Friends of the African Union Joint Venture during the Second Cycle United Nations Universal Periodic Review of the United States of America in 2015 on September 14th, 2014. The theme of our joint venture FAU/NFF Universal Periodic Review program was based on “Money for Main Street, not just Wall Street.” In this plan we accepted development of a $3T USD plan for Africa.

JS17_upr31_nga_e_main – The Cincinnati Empowerment Zone doing business as Friends of The African Union Global Solutions Centre whose work for the benefit of the people of the African Union (hereinafter “AU”) and the African diaspora in their host countries, such as Nigeria, through its Bureau Structure, submitted with the Nigeria Civil Society organization West Pride of Nigeria, as an extension of that answer based on the over adult Nigerian citizens who are external migrants and living in the USA illegally. Furthermore, they are part of the people in the USA of Nigerian heritage who have experienced “Civil Rights, Ethnic, and Racial Discrimination” in the USA as described in the US Governments response to the UNUPR of the USA in 2015. FAU has a Bureau for each country made up of those citizens.

Friends of the African Union submitted a report on the African Week 2017 held at the United Nations HQ NY that was sponsored by the Office of the Special Adviser on Africa (OSAA) who supports the work of African civil society organizations and with its strategic partners, in attendance, including Member States, the Economic Commission for Africa (ECA), the UN Department of Public Information, the African Union, the NEPAD Agency, the African Peer Review Mechanism (APRM) Secretariat, and the African Regional Economic Communities (RECs).

The Africa Week (16 – 20 October 2017) Theme for 2017 was: “Supporting an Integrated, Prosperous, People-centred, Peaceful Africa: Towards the Implementation of Agenda 2063 and the 2030 Agenda for Sustainable Development”. FAU Chairman Hershel Daniels Junior was part of a Joint Delegation lead by New Future Foundation Chairwoman, Queen Mother Dr. Delois Blakely and sent to the OSAA, NEPAD and AU a follow-up report.  From the to be published book “The CSW63 Friends of the African Union Women’s Manual”, on page 58 we the delegation was, “HONORED to witness New Future Foundation was recognized by the Chairman of Africa Week 2017 on Oct 16th 2017 as representing at this historic event as the African Civil Society representative. New Future Foundation led a delegation that included FAU, FAU EDcorp, FAU USA, Cincinnati Empowerment Corporation/FAU Global Operations Center, Congress of Black Native Americans, Infinity Building Economics/Black Political Action Committee, the FAU Mighty Forefront, Black Methodist for Church Renewal Chapter of Keys of the Kingdom, a United Methodist Church, and CASH Community Development to this meeting. The delegation was led by Queen Mother Dr. Delois Blakely who carries the legacy of Queen Mother Audley Moore representing African Descendents of the TransAtlantic Ocean of the Middle Passage and is an Ashanti Queen Mother.” 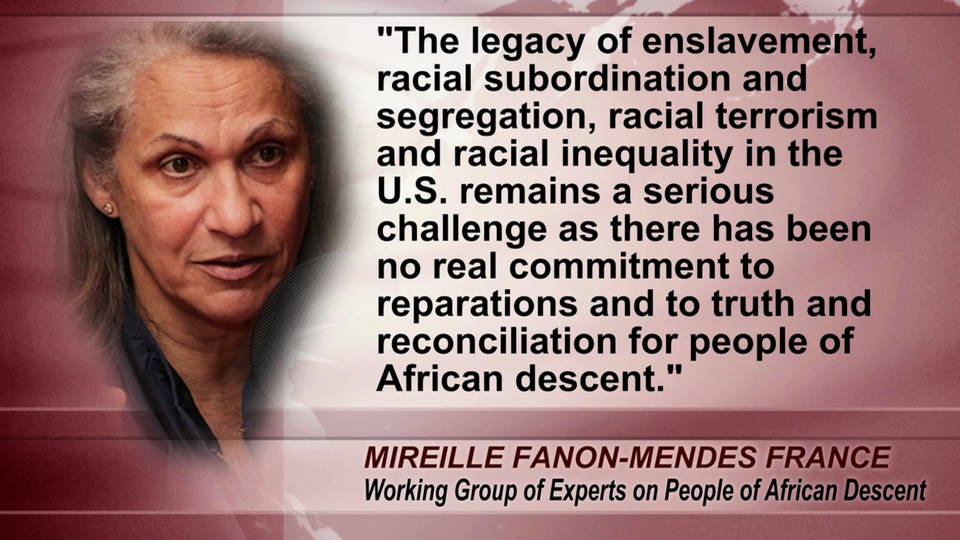 Above statement is based on the United Nations HRC Working Group of Experts on People of African Descent (#WGEPAD) visit to the United States of America, 19-29 January 2016 (A/HRC/33/61/Add.2 )

In the case of #Reperations, we asked for $5T USD for Black Folks and $1T USD for Indigenous People using the UN’s 2015 Universal Periodic Review of the USA. The government said, then, in 2016, – no.

In 2019 we are not taking that 2016 no, instead, in 2019, we are creating a new #BlackFolksPlan through this chapter of the UN Association of the USA.

Co-Founders Friends of the African Union submitted to the Working Group of Experts on People of African Descent this yea (2019) this:

We address the question in the​United Nations Concept Note 24th Session of the Working Group of Experts on People of African Descent 25-29 March 2019 in its Request for data-guidance note, “What data, analysis and studies exist on the composition of the population; the human rights situation; and on measures to address racial disparities and provide redress and remedy for racism, racial discrimination, xenophobia, Afrophobia and related intolerance and historical injustices constituting crimes against humanity.” using these sources:

4. ​Report of the Special Rapporteur on extreme poverty and human rights – Mission to the United States of America (​A/HRC/38/33/Add.1​)

5. ​Report of the Working Group on Arbitrary Detention – Mission to the United States of America (​A/HRC/36/37/Add.2​)

6. ​Report of the Special Rapporteur on trafficking in persons, especially women and children – Mission to the United States of America (​A/HRC/35/37/Add.2​)

7. ​Report of the Special Rapporteur on the rights to freedom of peaceful assembly and of association Mission to the United States of America (​A/HRC/35/28/Add.2​)

8. ​Congressional Black Caucus Report (2017)​We Have A Lot To Lose: Solutions To Advance Black Families In The 21st Century

11. ​The State of Black Cincinnati 2015​: A TALE OF TWO CITIES by the Urban League of Greater Southwestern Ohio

We acknowledge that our cumulative gross product is over ​$1.2 Trillion Dollars but also accept that African Americans continue to lag behind their white counterparts.

We will use an in-depth study of Hamilton County Ohio to create a framework to study the human rights situation of people of African descent in the United States of America.

The 2020 Universal Periodic Review of the United States of America

In May 2020, the U.S. will undergo a Universal Periodic Review of its domestic human rights record at the UN Human Rights Council. In other words, the Human Rights Council is going to take a long, hard look at the human rights situation here in the U.S. Think of it as our civil society based human rights commision for the whole country – only in our case based on the model we create in Hamilton County as a member of a national organization with over 200 chapters.

But how does the Human Rights Council know what to look at when assessing our nation’s human rights progress? That’s where you come in.

To understand what’s actually going on in communities around the country, the Human Rights Council relies on information submitted people who actually know — people on the ground and those directly impacted. Your personal experiences, observations, and ideas are crucial to help illustrate what human rights looks like right now in the U.S. and ultimately catalyze change through a universal UN process. Chances are, reports will find that the U.S. definitely needs to boost its rating in a few areas. Your input will help ensure no injustices go unrecognized.

Right now, in the lead up to May 2020, American citizens and NGOs are encouraged to organize local “UPR consultations” where diverse groups of advocates compile feedback that’s later shared with the UN in a brief “shadow report.” For the sake of my metaphor, think of this as a big meet-up where likeminded community partners collaborate and discuss common themes around their human rights experiences, and decide which “Yelp reviews” (i.e. recommendations) are most productive.

Kind of like Yelp, the Universal Periodic Review process is accessible to everyone — that’s what makes it such an excellent tool. Americans of all experience levels, backgrounds, and interests can (and should) contribute their voices. On top of that, participating in a UPR consultation is the perfect way to turn frustration into action and change (perhaps that’s what makes it the most Yelp-esque of all).

This is the Universal Periodic Review association workbook.

This is the First Submission

We are proud that the Hamilton County Commissioners are committed to erasing systematic and institutionalized racism in County Government. They need our help, hence, the UN Association Chapter so we can draw on the resources of the United Nations as well as our 400-year history.

This is the Second Submission

Our partner in this second submission was Vision Works, Inc. which is a non-governmental social justice and policy advocacy organization, established as a 501(c)(3) in 2003 in Cincinnati, OH.  From the submission –

“Our mission is to promote leadership and foster change that transforms communities and the national cultural landscape for African American families. Our goal is to eliminate disparity by empowering stakeholder groups to understand systems that impact their mobility and to create initiatives that will eliminate the obstacles that inhibit their success. Our mission is to alleviate the impact of racism and help people move out of poverty.

Our President & CEO, Dr. Vanessa Enoch holds a Ph.D. in Public Policy & Social Change, a Master’s Degree in Business Administration (MBA), and a Bachelor’s Degree in Criminal Justice. Enoch is a trained community organizer, who is passionate about Social Justice and Human Rights causes.

She has worked alongside state legislators and state court judges on judicial reform efforts. In 2018, Enoch she received an award from the Society for Professional Journalism for her work in Criminal Justice reporting. She earned the Eugene Ruehlmann Fellowship and several academic awards as a Ph.D. Student. She volunteers on several local and national non-profit boards, and she became one of the youngest to ever serve on The Cincinnati USA Regional Chamber of Commerce board.“


The three Black Women Judges taken off the bench in Ohio used in our study. It costs $200K plus to jail a kid vs about $10K to send them to school. Solutions sought.

This the Second Submission Supporting Documentation by Dr. Vanessa Enoch


Where, when and how to connect online. 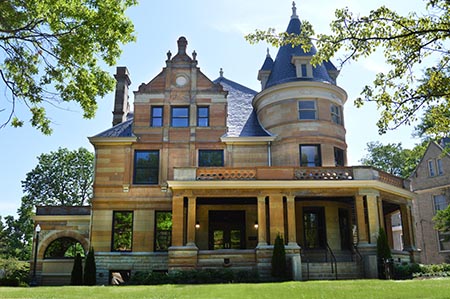