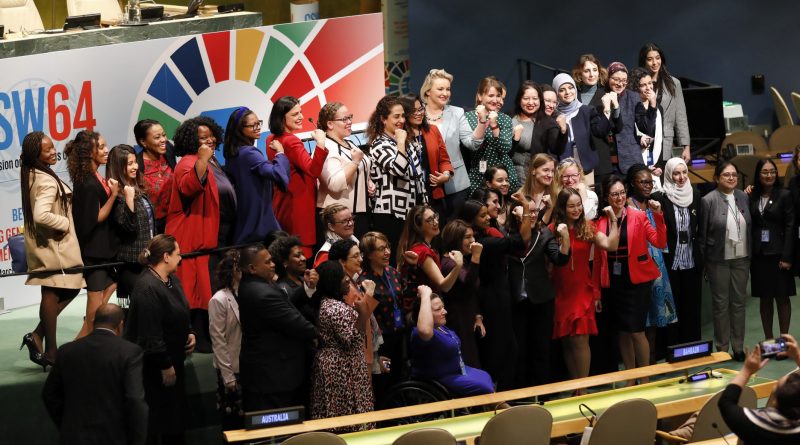 In 2020, the African Diaspora Directorate will mark the twenty-fifth anniversary of the Fourth World Conference on Women and adoption of the Beijing Declaration and Platform for Action (1995). A five-year milestone will be reached towards achieving the Sustainable Development Goals of the 2030 Agenda for Sustainable Development. 2020 is therefore a pivotal year for the accelerated realization of gender equality and the empowerment of all women and girls, everywhere and especially for the most powerful group of women of African Heritage, those in the USA.

The main focus of our planned work was not only be on the review and appraisal of the implementation of the Beijing Declaration and Platform for Action and the outcomes of the 23rd special session of the General Assembly but creating a solution by women for the use of proceeds to be used in 2020 at the BlackFolksPlan.org.

The review was to include an assessment of current challenges that affect the implementation of the Platform for Action and the achievement of gender equality and the empowerment of women and its contribution towards not only the realization of the 2030 Agenda for Sustainable Development but plan within a 75 year public private partnership with the US Government.

This work was to be based on the African Diaspora Directorate International Women’s Day Message:

We welcome the diversity and contributions of women of African Heritage from all walks of life and backgrounds. Unfortunately, in far too many places women still face tremendous barriers that prevent the realization of their universal rights. On International Women’s Day we rededicate to promoting gender equality between men and women.

The United States Strategy on Women, Peace and Security (the Strategy) was released in June 2019 to replace the 2016 US National Action Plan (NAP) and is the mandated outcome of the 2017 Women, Peace and Security Act. The Strategy details four “Lines of Effort” outlining the US response to the adverse and disproportionate effects of armed conflict on women and girls, focused specifically on advocating for women’s participation, protection, and involvement. As a response, different governmental agencies are required to develop implementation plans within 120 days of the Strategy’s release. The African Diaspora Directorate over the next 90 day will examine the strengths and limitations of the Strategy in relation to the overall Women, Peace and Security (WPS) Agenda.

Positive Aspects from the USA

The Strategy includes positive aspects that are well worth drawing attention to. First, the Strategy can be used as a starting point on the road to increased gendered national and international efforts that focus on women and girls of African Heritage. Second, the Strategy explicitly mentions the engagement, mobilization and inclusion of men and boys in support of meaningful participation of women’s equality in society. This type of allied inclusion is critical and the men of the Friends of the African Union, Sons n Daughters of African and the African Diaspora Directorate stand ready to assist.

This was to kick off work based on the unpublished FAU Women’s manual for CSW63.

Instead COVID-19 happened and CSW 64 as a world gathering was canceled and the governments of the world gave out a political declaration.

9 March 2020, New York—In a Political Declaration adopted today by Member States commemorating the 25th anniversary of the Fourth World Conference on Women, held in Beijing in 1995, leaders pledged to ramp up efforts to fully implement the Beijing Declaration and Platform for Action, still considered the most visionary blueprint on women’s rights.


The Political Declaration is the main outcome of the 64th session of the Commission on the Status of Women, the largest annual gathering on gender equality and the empowerment of women at the UN. This year the Commission decided to scale back the session to a one-day procedural meeting with delegations and civil society representatives based in New York, in light of the COVID-19 situation.

This year’s session focused entirely on the review and appraisal of the implementation of the Beijing Declaration and Platform for Action. The review took stock of the status of women, including in-depth assessment of current challenges that affect the implementation of the Platform for Action and the achievement of gender equality and the empowerment of women


The CSW that wasn’t (CSW64). A Friends of the African Union Women’s Manual for CSW 65 to be published March 25th 2020 by Hershel Daniels Junior is based on the above unpublished manualscript.