When will Snoop and his peers address real problems like the 8M illegal aliens in USA workforce ( Pew Research Center) vs the 3.75M Unemployed African American citizens in creating a #justeconomy for 40M American Citizens. 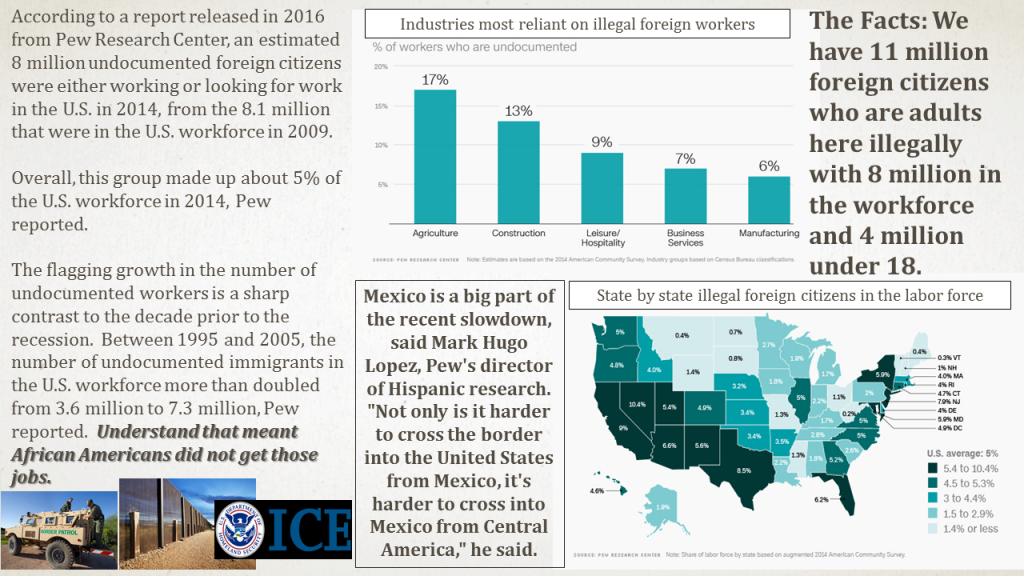 Solution: The Friends of the African Union GLOBAL AFRICAN AMERICAN STIMULUS PROGRAM called the #BlackFolksPlan is in a 30 day update that ends on March 30th 2017.

THE FAU GLOBAL AFRICAN AMERICAN STIMULUS PROGRAM called the #BlackFolksPlan is in a 30 day update that ends on March 30th 2017.  This updated work is to be based on the wide range of cutting-edge workshops at the National Community Reinvestment Coalition’s Annual Conference (March 28

This updated work is to be based on the wide range of cutting-edge workshops at the National Community Reinvestment Coalition’s Annual Conference (March 28th -30th 2017) on community organizing and advocacy, housing, access to capital and credit, workforce and community development, fair lending and business development. The workshops will feature the foremost experts and advocates sharing new developments, best practices, and innovative ideas for community reinvestment that we will use in development of the FAU Chamber Community Reinvestment Coalition and its local implementations in 300 markets around the USA.

We will draw on the Code of Federal Regulations Title 48, Chapter 1, Subchapter C, Part 15, Subpart 15.6 whereas 15.602 states, “ It is the policy of the (United States) Government to encourage the submission of new and innovative ideas in response to Broad Agency Announcements, Small Business Innovation Research topics, Small Business Technology Transfer Research topics, Program Research and Development Announcements, or any other Government-initiated solicitation or program. When the new and innovative ideas do not fall under topic areas publicized under those programs or techniques, the ideas may be submitted as unsolicited proposals.”

(3) draws on already established Executive authority and market infrastructure; (4) helps the other Americans through indirect associations by creation of supportive ancillary jobs and entrepreneurial opportunities thereby supporting the advancement of the American people as a whole; and

(5) is just adequate enough to implement real changes that reverse long-standing conditions caused by systemic de jure and de facto racial and economic discrimination, as documented in depth elsewhere and provides a means from 2017 to 2117 to address these issues with a 100 year capital trust to do so.

USE OF PROCEEDS FROM THIS ASSET PURCHASE PROGRAM