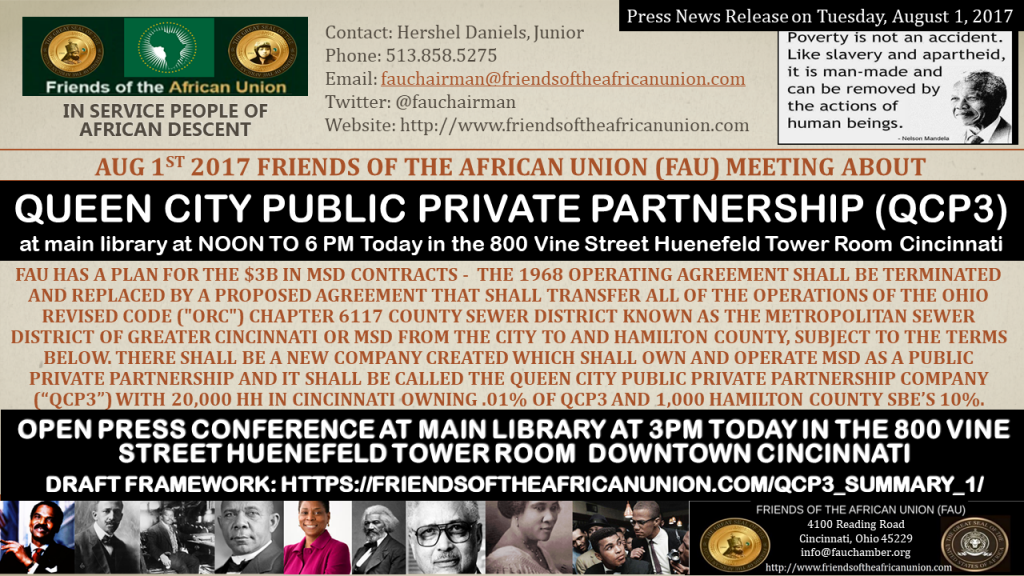 The FAU Cincinnati MSD project has the objective of bringing world class sewage treatment to over a billion people. 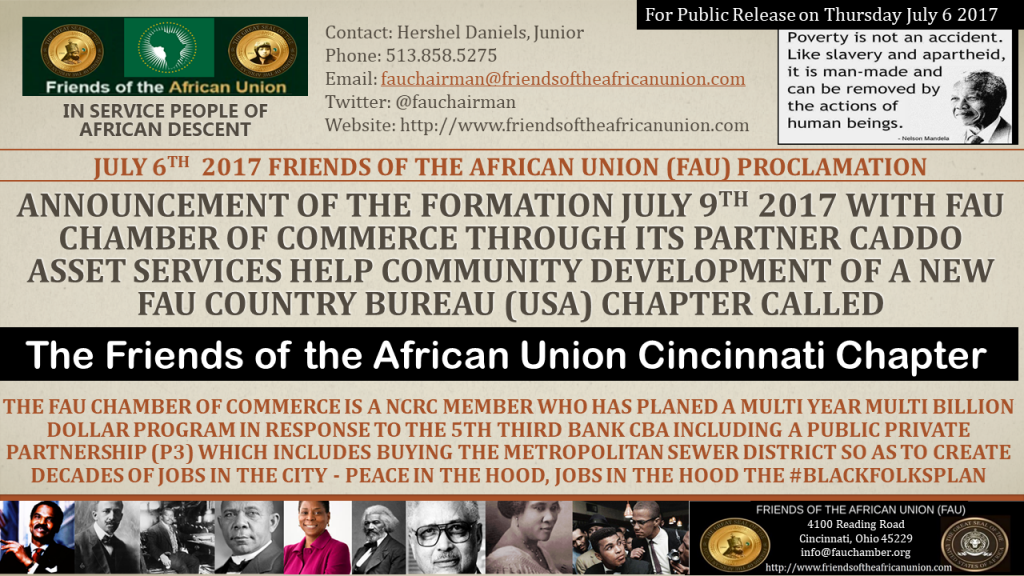 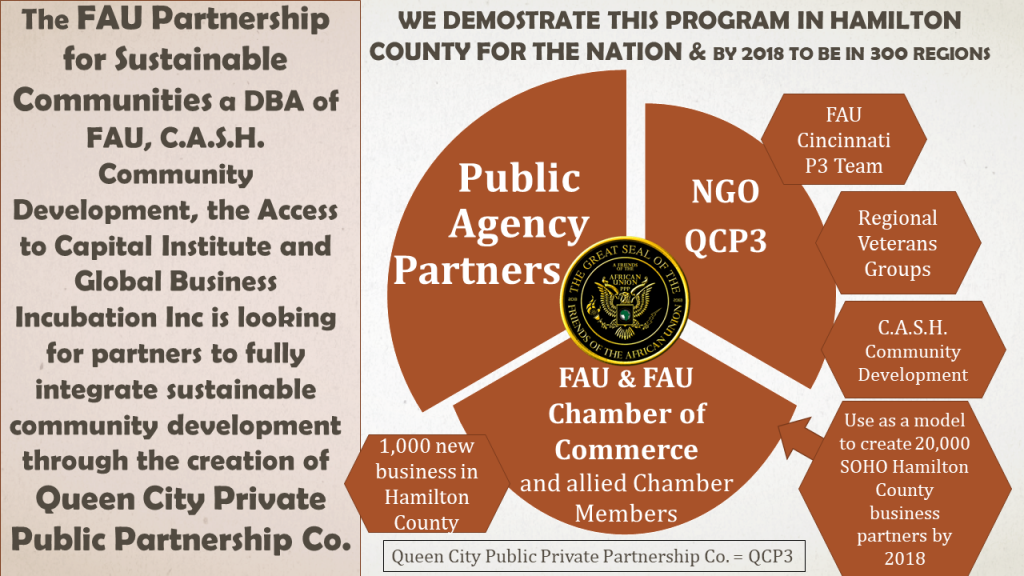 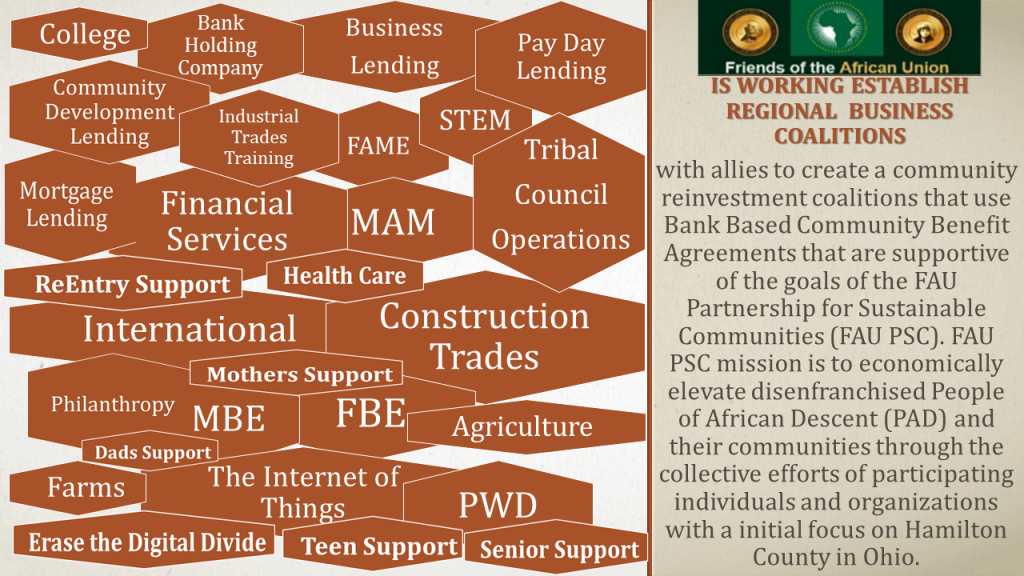 QCP3 would agree to the following community benefit agreements:


Mayor John Cranley pledged during his 2013 campaign that he would work to give minority and women business owners a better shot at winning those contracts. Failure to do that, he said, would put Cincinnati farther behind cities that have done a better job at leveraging city contracts to grow stronger minority- and women-owned businesses.

“Big picture — we want a city that works for everybody,” Cranley said. “This is about doing what’s right but also about being smart about how we’re going to outpace our competitors. Those other cities are our competitors.”

The proposed changes are the result of a study of Cincinnati’s business contracts and history of dealing with minority-owned businesses. The so-called Croson study – named after a 1989 U.S. Supreme Court case that dealt with the Equal Protection Clause and municipal contracts – was conducted by a California-based consulting firm.

The city hired the firm to conduct the study and find any patterns of disparity in how the government has awarded contracts. The Croson decision requires the documenting of those disparities in order for any attempt to steer more work to women- and minority-owned companies to withstand legal challenges.

As a Public Private Partnership, we can contract with 21,000 MBE’s in the city based on the study and we beleive withstand legal challenges.