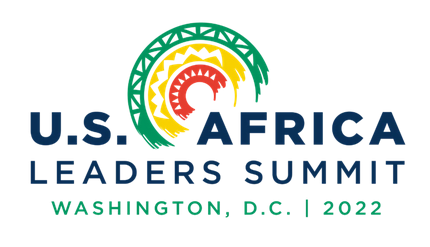 The United States Africa Leaders Summit 2022 was an international conference held in Washington, D.C., from December 13–15, 2022. The summit was hosted by United States President Joe Biden, and attended by leaders from 49 African states, as well as the head of the African Union Commission

In August 2022, my Administration released the U.S. Strategy Toward Sub-Saharan Africa, which outlines our foreign policy objectives to bolster relations with African nations, listen to diverse local voices, and widen the circle of engagement to advance our strategic objectives for the benefit of both Africans and Americans.

Then it says it shall function in the following manner:

(b) In providing the advice described in subsection (a) of this section, the Advisory Council shall provide information, analysis, and recommendations that address the following, in addition to other topics deemed relevant by the Secretary of State, in coordination with the APNSA and the APDP:

(i) strategies to advance equity and opportunity for African Diaspora communities, including through efforts coordinated by the Domestic Policy Council under Executive Order 13985 of January 20, 2021 (Advancing Racial Equity and Support for Underserved Communities Through the Federal Government);

(iii) programs and initiatives to strengthen cultural, social, political, and economic ties between African communities, the global African Diaspora, and the United States, such as the Young African Leaders Initiative, and address challenges and opportunities to advance inclusion, belonging, and public awareness of the diversity, accomplishments, culture, and history of the African Diaspora;

(iv) programs and initiatives, such as the International Visitor Leadership Program, to expand educational exchange programs between Africa and the United States;

(v) programs and initiatives to increase public- and private-sector collaboration and community involvement in improving the socioeconomic well‑being of African Diaspora communities; and

(vi) programs and initiatives, such as Prosper Africa, to increase participation of members of the African Diaspora in the United States with regard to trade, investment, economic growth, and development programs relating to Africa.