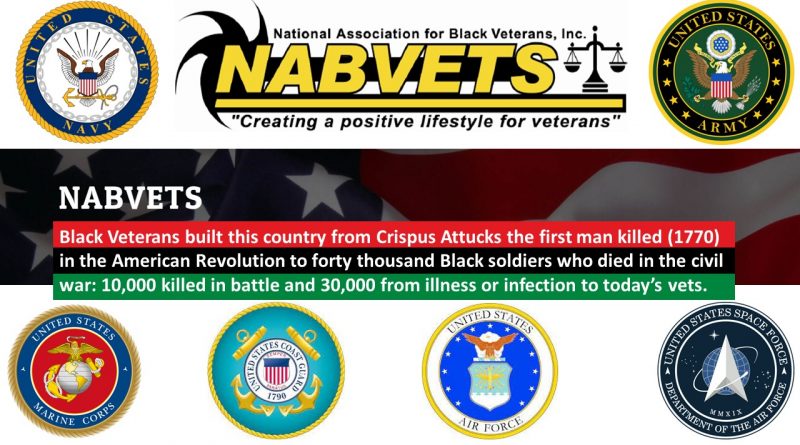 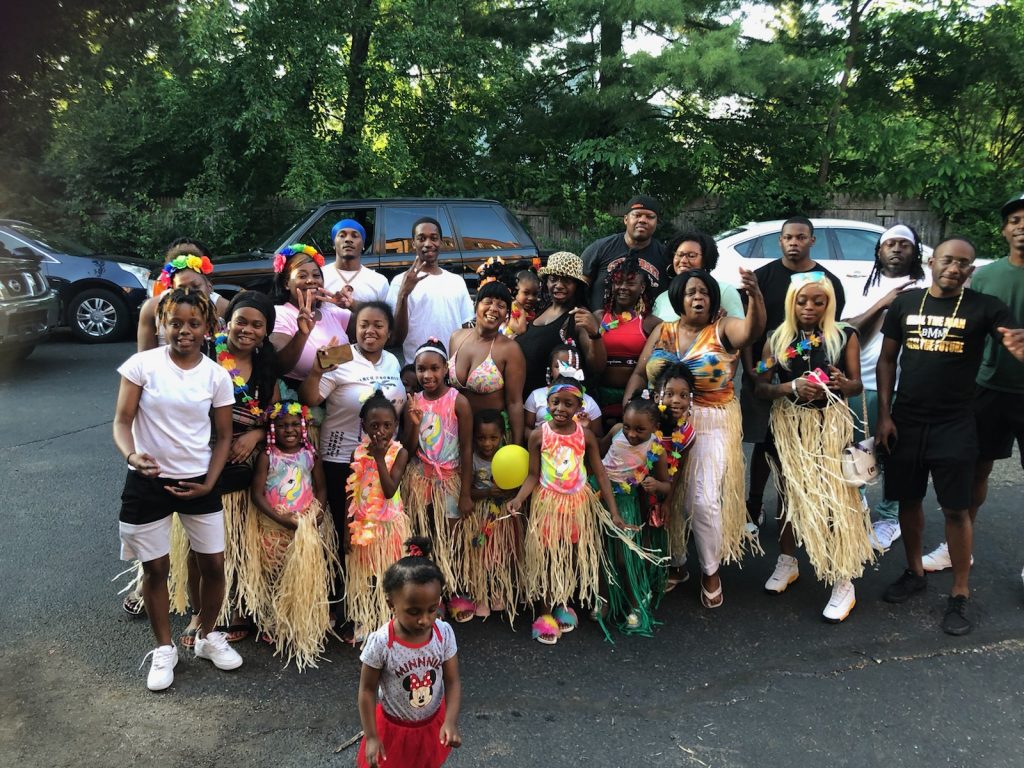 2 veterans in the crowd, both Juniors, me and Christopher Lloyd Junior.  His dad a vet lives mine doesn’t, lost him this month in 1996. 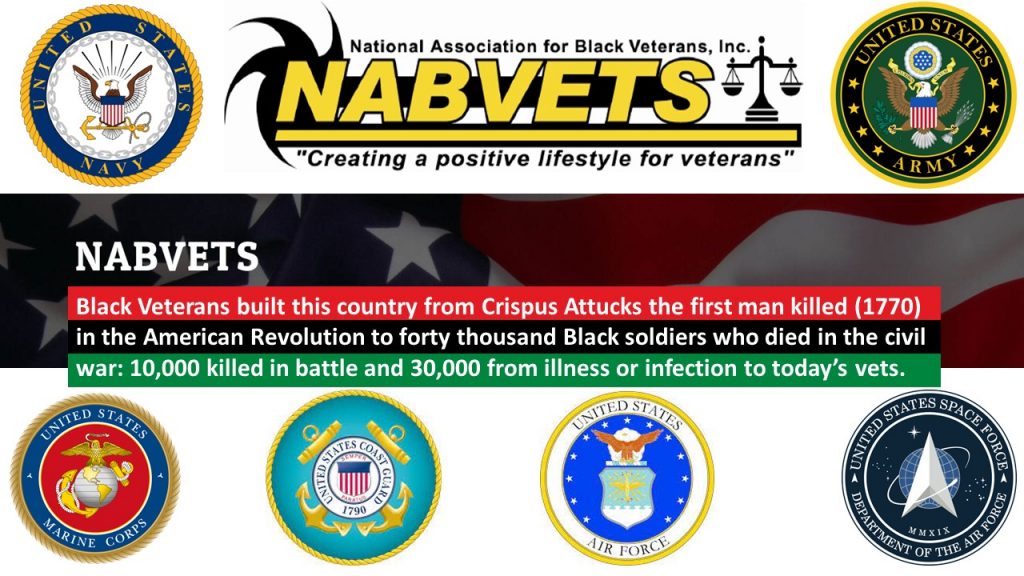 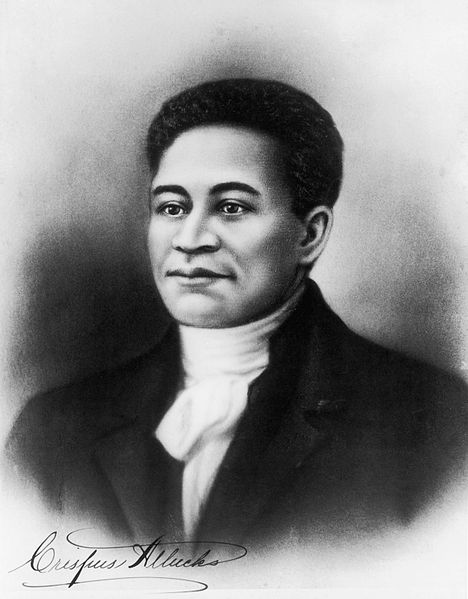 Crispus Attucks (c.1723-1770) is often remembered as the first casualty of the American Revolution. In fact, others had died in previous incidents, but Attucks’s death during the King Street riot of March 5, 1770—later referred to as the Boston Massacre—earned him a place in the national narrative of America. In that skirmish between soldiers and citizens, Attucks was, as one poet later wrote, “the first one rent apart that liberty’s steam might flow; for our freedom now and forever, his head was the first laid low.” He was indeed among the “first to defy, and the first to die,” but it is equally important to examine his life.[1] Who was this man? Beyond how he was labeled a “Mulatto” and sometimes identified by witnesses as “Indian,” what do we know about the life of Crispus Attucks?

Much can be learned from Attucks’s name alone. In 1643, theologian Roger Williams published a journal regarding his experiences with Native tribes, most notably the Narragansetts of the similarly named bay in Rhode Island. Included in his writings are helpful translations from English to that Native language and vice versa. His journal notes that “Auttuck” means deer.[2] One “John Auttuck, Indian” was named in a warrant during King Philip’s War in 1676, and was subsequently captured and executed in Framingham, Massachusetts.[3] The surname “Petterattuck” can also be found in William Barry’s history of Framingham.[4] We can safely conclude that Native people of Massachusetts, and specifically in Framingham, used “Attucks” (or a variation of it) as a surname.

Crispus Attucks was a member Wampanoag Tribe, also known as the People of the First Light, has inhabited present day Massachusetts and Eastern Rhode Island for more than 12,000 years. After an arduous process lasting more than three decades, the Mashpee Wampanoag were re-acknowledged as a federally recognized tribe in 2007. In 2015, the federal government declared 150 acres of land in Mashpee and 170 acres of land in Taunton as the Tribe’s initial reservation, on which the Tribe can exercise its full tribal sovereignty rights. The Mashpee tribe currently has approximately 2,600 enrolled citizens.

Despite laws and customs regulating the burial of blacks, Attucks was buried in the Park Street Cemetery with the other honored dead from the massacre. Bostonians held annual March 5 commemorations from 1771 to 1783 that portrayed Attucks and the other Massacre victims as patriotic martyrs and symbols of British abuses, though Attucks’s race was never mentioned. The victims were presented collectively as citizens struck down by a tyrannical standing army.

AT his Majesty’s Superior Court of Judicature, Court of Assize and general Gaol Delivery, begun and held at Boston, within, and for the County of Suffolk, on the second Tuesday of March, in the tenth year of the reign of GEORGE the THIRD, by the Grace of GOD, of Great Britain, France and Ireland, King, defender of the Faith, &c.

And so the Jurors aforesaid, upon their said oath, do say, that the said Thomas Preston, William Wemms, James Hartegan, William M’Cauley, Hugh White, Matthew Kilroy, William Warren, John Carrol, Hugh Montgomery, Hammond Green, Thomas Greenwood Edward Manwaring, and John Munroe, then and there, in manner and form aforesaid, feloniously, willfully, and of their malice aforethought, did kill and murder the said Crispus Attucks, against the peace of the said Lord the King, his crown and dignity.

This is a true Bill, WM. TAYLOR, Foreman.

After independence was achieved, Attucks and the other victims no longer were needed to serve that purpose. The Boston Massacre retained its place in the story of the Revolution, but none of the victims attracted public notice for the next half-century.

Black abolitionist William C. Nell resurrected Attucks during the 1840s—conveniently ignoring both his Native American ancestry and the four colonists who died along with him—and Attucks went from being largely forgotten to being one of their movement’s most important symbols of black patriotism and citizenship.[iv]  Nell’s seminal work, The Colored Patriots of the American Revolution, fought the erasure of Black people from the story of the American Revolution. Nell led this work with the story of Crispus Attucks, highlighting his death as the first in the cause for liberty.

In his 1887 town history of Framingham, J.H. Temple tried to fill in big gaps in Attucks’s biography by collecting traditions from townspeople. With so much time having passed, the information Temple gathered might not be fully reliable, but he wrote that an Attucks family lived at the site of a cellar-hole near the edge of town, still visible as of 1887. According to a descendant of William Brown, Attucks was “well informed” and such a good judge of cattle he was “allowed to buy and sell upon his own judgement of their value.” Temple reported that Col. Joseph Buckminster sold Attucks to William Brown sometime around 1747.[6]

Attucks next appears in an October 2, 1750, advertisement in the Boston Gazette:

Ran away from his master William Brown of Framingham, on the 30th of Sept. last, a Molatto Fellow, about 27 Years of Age, named Crispas, 6 Feet 2 Inches high, short curl’d Hair, his Knees nearer together than common; had on a light colour’d Bear-skin Coat, plain brown Fustian Jacket, or brown all-Wool one, new Buckskin Breeches, blue Yarn Stockings, and a checked woolen Shirt.

Whoever shall take up said Run-away, and convey him to his abovesaid Master, shall have ten Pounds, old Tenor Reward, and all necessary Charges paid. And all masters of Vessels and others, are hereby cautioned against concealing or carrying off said Servant on Penalty of the Law.[7]

The advertisement appeared twice more, on November 13 and 20.[8]