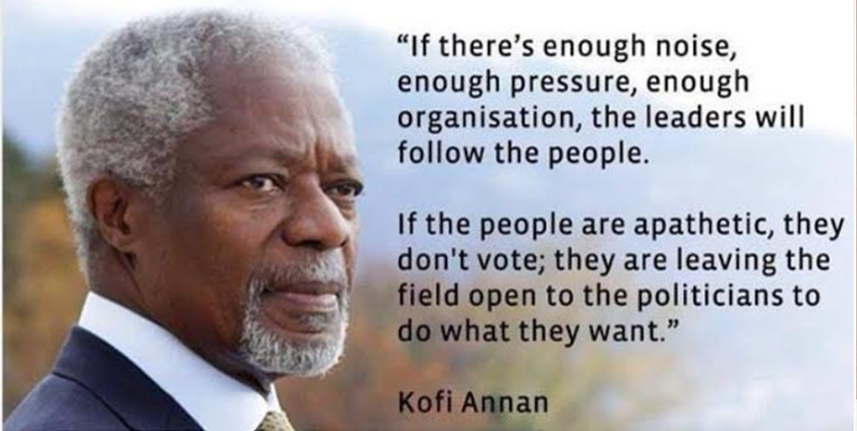 Other quotes
Knowledge is power. Information is liberating. Education is the premise of progress, in every society, in every family.
It has been said that arguing against globalization is like arguing against the laws of gravity.
To live is to choose. But to choose well, you must know who you are and what you stand for, where you want to go and why you want to get there. 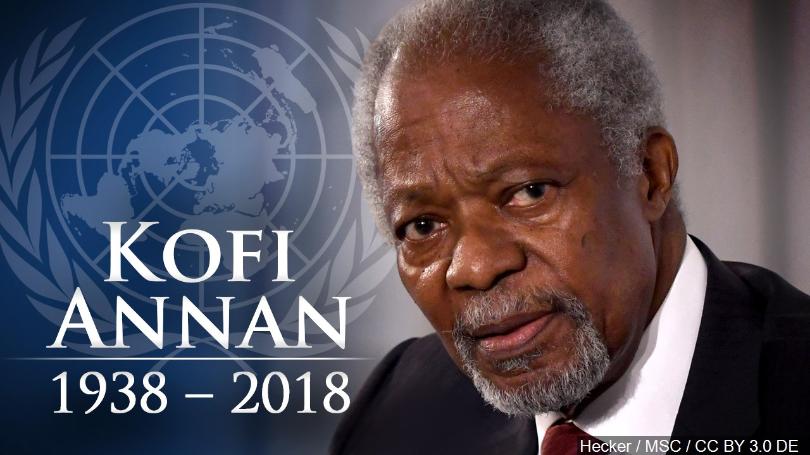 The funeral of former Secretary-General of the United Nations, Kofi Annan, continued yesterday, 13 September 2018, with prominent persons, both locally and internationally, paying their last respects to the celebrated Ghanaian international diplomat. 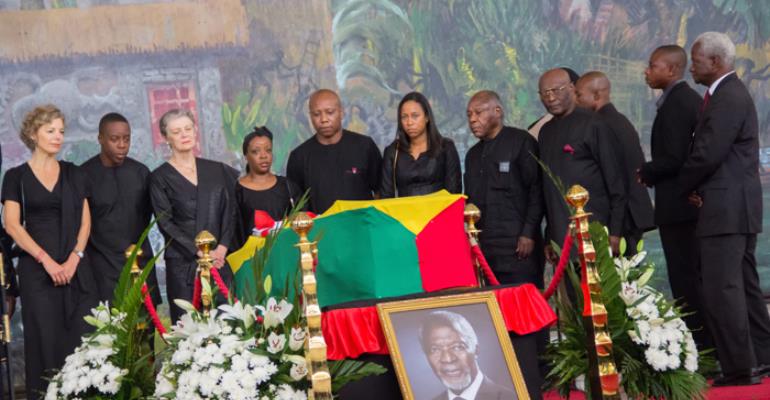 The wife, Nane Maria Annan and children joined family members from Konongo in the Ashanti Region and Akwamufie in the Eastern Region to mourn the death of their respected son, father and husband amidst tears. 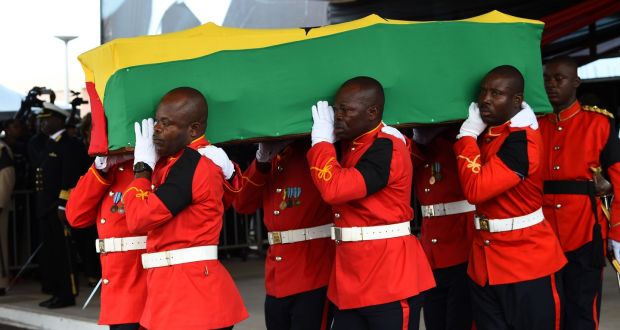 Foreign dignitaries, diplomats, ministers, parliamentarians, members of the Council of State also filed past the body.

Kofi Atta Annan (8 April 1938 – 18 August 2018) was a Ghanaian diplomat who served as the seventh Secretary-General of the United Nations, from January 1997 to December 2006. Annan and the UN were the co-recipients of the 2001 Nobel Peace Prize. He was the founder and chairman of the Kofi Annan Foundation, as well as chairman of The Elders, an international organization founded by Nelson Mandela.

Millennium Development Goals – In 2000, Annan, as Secretary-General of the United Nations issued a report entitled “We the peoples: the role of the United Nations in the 21st century“. The report called for member states to “put people at the centre of everything we do. No calling is more noble, and no responsibility greater, than that of enabling men, women and children, in cities and villages around the world, to make their lives better.”

In the final chapter of the report, Annan called to “free our fellow men and women from the abject and dehumanizing poverty in which more than 1 billion of them are currently confined”.

It set the standard for the now UN 2030 Sustainable Development Goals that FAU has adopted.