International Holocaust Remembrance Day, is an international memorial day on 27 January commemorating the tragedy of the Holocaust that occurred during the Second World War.

We at FAU spent the day planning to educate our people that the forgotten legacy was that Germany first killed Africans and mixed race Germans of African heritage before the Ashkenazi Jews. Never forget is the common saying of these Jewish survivors and their childern’s childern, but our African holocaust by Germany is mainly ignored. 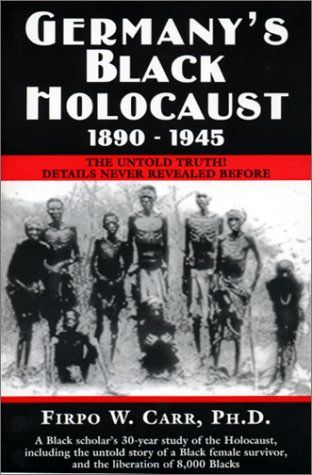 During German rule in Namibia, called South-West Africa back then, colonial officers studying eugenics developed ideas on racial purity, and their forces tried to exterminate two rebellious ethnic groups, the Herero and Nama, some of them in concentration camps.

While Germany’s efforts to atone for crimes during World War II are well known, it took a century before the nation began taking steps to acknowledge that genocide happened in Namibia decades before the Holocaust.

About 80 percent of all Herero, who numbered as many as 100,000, are believed to have eventually died. Many perished after the battle of Waterberg: They were shot, hanged from trees or died in the desert, where the Germans sealed off watering holes and also prevented survivors from returning.

In 2004 and 2015, the German government acknowledged that a genocide had taken place in its former colony, but refused even to consider reparations.

A Joint Media Statement by the Ovaherero Genocide Committee and the Nama Genocide Technical Committee: Reaction to the rejection by the German Parliament, the Bundestag, of the Motion by the Left Party.

For the German Parliament to have rejected this Motion, which actually sought restorative justice for almost the same crimes as those committed against the Jewish people by Adolf Hitler, and for which the same Federal Government of Germany compensated descendants of the Jewish victims, in cash and in kind to the tune of billions, is simply an act of racism. This is because Jews are white and we are non – white, it is as simple as that.

“In our name, unspeakable crimes have been committed and demand compensation and restitution, both moral and material for persons and properties of the Jews who have been seriously harmed.”

“The only difference is that the Jewish are white in color and we are black,” said Sam Kambazembi, 51, a traditional Herero chief whose great-grandparents fled during the genocide. “The Germans thought they could keep this issue under the carpet and the world would never know about it. But now we have made noise.”

We join in the UN theme of the Holocaust memorial ceremony “Holocaust Remembrance and Education: Our Shared Responsibility”. The theme highlights the universal dimension of the Holocaust and encourages education on this tragedy so that future generations will firmly reject all forms of racism, violence and anti-Semitism.

We concentrate on the racism.

The ceremony will be hosted by Ms. Alison Smale, United Nations Under-Secretary-General for Global Communications. United Nations Secretary-General, President of the seventy-second session of the General Assembly, Representatives of Israel, Germany and the United States, will deliver remarks. Judge Thomas Buergenthal, a Holocaust survivor and a retired Judge of the International Court of Justice, Professor at George Washington University Law School will serve as a keynote speaker. Mrs. Eva Lavi, a Holocaust survivor, will share her testimony. The ceremony will include musical elements by the United Nations Staff Recreation Council Singers and the United Nations Staff Recreation Council Chamber Music Society. Cantor Joseph Malovany of the Fifth Avenue Synagogue, will recite the memorial prayers.