Post-colonial Africa is replete with examples of national strategies for economic transformation. While scholars often highlight failed country and continental strategies, they tend to overlook innovations that lead to substantial breakthroughs in the medium- to long-term. Such innovations are, for example, partly responsible of the exceptional post-2000 economic performance that originated the “Africa Rising” narrative. In addition to reviewing several continental strategies and country examples, the book explores why, how, and when institutional or policy change occurs in Africa. What are the roles of international, regional, and national actors? And how might policymakers both incorporate successful strategies and encourage policy innovation in their own spheres?

Signé presented the key themes of his book after which there was a panel discussion moderated by Carl LeVan of American University.

Summary: During the second half of the twentieth century, African states shifted away from state-led development strategies, and are now moving towards a strategy of regional economic integration. In this book, Landry Signé explores the key drivers of African policy and economic transformation, proposing a preeminent explanation of policy innovations in Africa through the examination of postcolonial strategies for economic development. Scholars and practitioners in fields as varied as development studies, political science and public policy, economics, sociology and African studies will benefit from Signé’s unprecedented comparative analysis, including detailed cases from the often understudied Francophone Africa. First studying why, how and when institutional or policy change occurs in Africa, Signé explores the role of international, regional and national actors in making African economic development strategies from 1960 to date, highlighting the economic transformations of the twenty-first century. 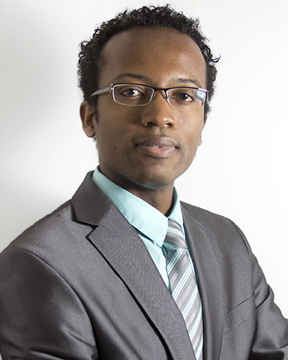 Landry Signé is a Distinguished Fellow at Stanford University’s Center for African Studies, founding Chairman of the award-winning Global Network for Africa’s Prosperity, David M. Rubenstein Fellow in the Global Economy and Development Program at the Brookings Institution, Professor of Political Science and Senior Adviser to the Chancellor and Provost on International Affairs at the University of Alaska Anchorage, Special Adviser to global leaders, and Board Member of numerous institutions. He is the author of numerous key publications in the political economy of development with a focus on Africa and has a special interest in the politics of economic reform, institutional change, emerging and frontier markets, global political economy, post-conflict reconstruction, political regimes, state capacity, public service delivery, and governance. He is the recipient of more than sixty prestigious awards and distinctions from four continents, and has been honored as a World Economic Forum Young Global Leader, Desmond Tutu Fellow, and Andrew Carnegie Fellow, and was listed as one of the ‘Top Ten Outstanding Young Persons in the World.’ His work has appeared in the New York Times, the Washington Post, and the Harvard International Review, among other media.