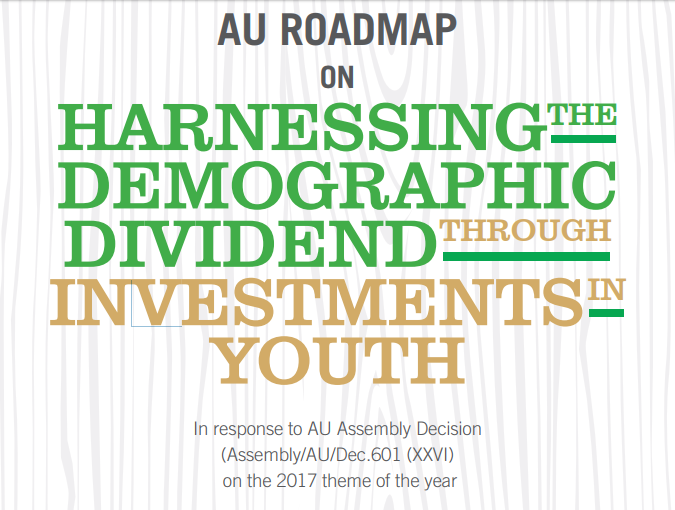 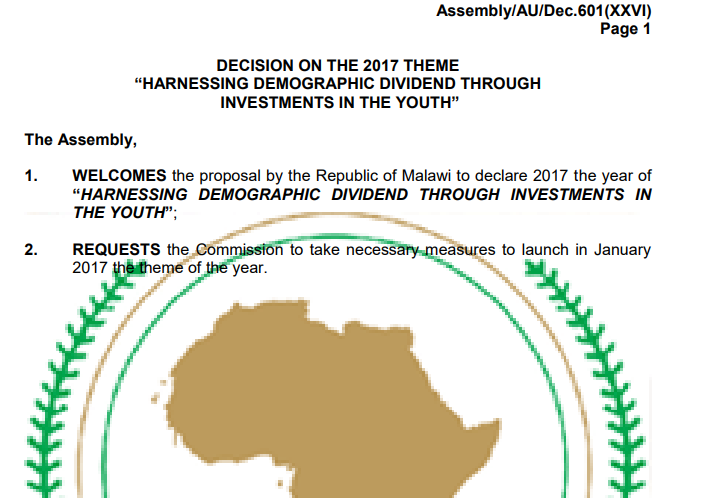 
On May 25, 2017, The Wilson Center Africa Program hosted a panel discussion on “Harnessing the Demographic Dividend through Investments in Youth.” The event, hosted in partnership with the African Ambassadors’ Group, was a part of the celebration of Africa Day. Dr. Monde Muyangwa, Director of the Africa Program at the Wilson Center, moderated the discussion with H.E. Prof. Hassana Alidou, H.E. Ammon Machingambi Mutembwa, Ms. Mariama Kabia, Mr. Andy Rabens, and Mr. William S. Reese.

Dr. Muyangwa spoke to the important progress that has been made on investing in youth and lowering youth unemployment across Sub-Saharan Africa, and stressed how much more work remains to be done. Too often, she said, African governments are educating young people for economic and political situations that don’t exist anymore. New, forward-looking educational strategies are needed, in an effort that must be led by African governments and supported by international partners. In seeking solutions, Dr. Muyangwa urged African governments to engage youth and substantively bring their voices into political processes and civil society.

H.E. Prof. Hassana Alidou, Ambassador of the Republic of Niger to the United States of America, acknowledged the challenges that African countries face, but also stressed the continent’s bright future, represented in the “natural resource” of almost a billion people, including many hundreds of millions of young people. She focused on the need to improve education and support technical and vocational education, given that many young people graduate without the skills the 21stcentury economy demands. Ambassador Alidou noted the challenges of effectively reforming curriculum, including implementing plans and policies to improve education in an ad-hoc manner and challenges with budgeting and sustainability. She also spoke about the long-term need for structural transformation of African economies, especially the agricultural sector. Much economic growth leaves out large proportions of the population, especially rural subsistence farmers. Ultimately, she said, multi-sectoral planning across a government as well as collaboration with the private sector are crucial to improving education across all levels of schooling.

Mr. Andy Rabens, Special Advisor on Global Youth Issues at the U.S. Department of State, discussed the U.S government’s role in supporting youth empowerment programs in Africa, and outlined the nature, scale, and scope of U.S. engagement in education on the continent. He emphasized that the youth bulge could either be a catalyst for economic growth and lasting peace, or a source for economic instability and conflict, and that engaging African youth with their governments is key to capitalizing on the youth dividend. The greatest challenge, he said, is addressing issues of fairness, equality, and good governance. Mr. Rabens concluded by describing how promoting the political, economic, and social inclusion of youth in Africa aligns with U.S. interests on the continent and benefits U.S. security and the global economy.

Mr. William S. Reese, CEO of the International Youth Foundation, highlighted the historic size of the youth bulge in Africa and how it can be a boon to economic growth. Eradicating extreme poverty in Africa, he said, will require far better employment opportunities and prospects for young people. Mr. Reese identified under-employment, in addition to unemployment, as a real threat to harnessing the youth dividend in Africa. He spoke about the importance of “soft” skills in the job market, and encouraged training that supported the development of emotional intelligence and life skills in addition to technical capabilities. Public-private partnerships will be crucial, as the private sector will employ most youth, and he recommended a whole-of-government approach to dealing with the challenge of youth employment.

Ms. Mariama Kabia, Co-Founder and CEO of Memunatu Magazine, drew on her experience supporting women and youth empowerment through entrepreneurship to speak to the scope and potential for youth entrepreneurship in Africa, with a particular focus on girls and women. She mentioned a number of important factors hampering the potential for youth and women’s entrepreneurship, including: information deserts for entrepreneurial women, culturally ingrained stigmas, a lack of role models, and a lack of funding. Ms. Kabia encouraged an increased focus on both the private sector and the African diaspora, and that governments use their convening power to create forums for startups. She recommended governments engage with startups, which are often created by youth, create an enabling environment for startups and other job-creating small businesses, and above all, invest in human capital.

H.E. Ammon Machingambi Mutembwa, Ambassador of the Republic of Zimbabwe to the United States of America, offered closing remarks on the importance of identifying and empowering the “invisible” populations of under- and unemployed youth in Africa through regional and national asset-mapping exercises to build human capital and harness the youth dividend.