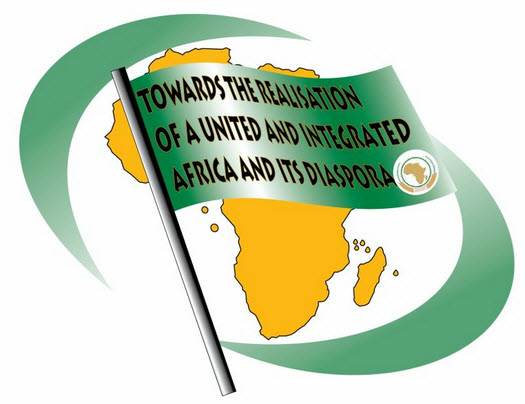 Dr. Chihombori-Quao, a US-trained doctor, took up the position in 2017 and had strong views on France’s occupation and hold over its former African colonies, which she shared publicly.  In her role, Amb. Arikana Chihombori-Quao was to work towards fulfilling her mandate to improve diplomatic ties and enhance the existing good relations between the USA and the African Union, specifically as relates to advancing the priority areas of Agenda 2063.

Addis Abeba, 15 October 2019: The African Union Commission is aware of reports circulating on social media making claims surrounding the circumstances of the recall of the Permanent Representative of the African Union Mission to the United States of America, Dr Arikana Chihombori-Quao.

Dr Chihombori received a letter on 7 October 2019 bringing her tour of duty to an end, in line with the terms and conditions governing her contract of appointment, after serving three years as Permanent Representative of the African Union Mission to the United States of America, and appreciating her contribution to the Union during her tenure. This is normal diplomatic practice for political appointees everywhere.

Dr Chihombori has never been sanctioned by the Commission on any public pronouncements she has made during her three-year tenure and nor has the Commission ever thought the need to do so. On the contrary, Dr Chihombori has maintained a public presence freely without fear or prejudice to voice her opinions. Therefore to state or suggest that Ambassador Chihombori’s termination of service is due to any pronouncements she has made, or opinions she may have held during her three-year tenure, is patently untrue.

We wish our esteemed colleague the best in her future endeavours and trust her successor will build on the solid foundation she has laid.

Okay lets talk about what she did not say.
1. Of the 14 countries the USA was represented and is a signature to it.  We know because the State Department publishes a book all of the US Government treaties in force and in 2014 we used it as the basis for creating a proposed $3T US African Aid program.
2. Her history is off.  1300 years ago the Arabs invaded Africa and destroyed African indigenous history and killed 100m Africans in the process.  They enslaved over 25m and sent 14m to Arab lands. So it, the Berlin Treaty, gives us the authority, as American citizens, to deal with issues in the regions covered by the treaty and that includes the 30m slaves in Africa, today.

3. As to the Treaty of Berlin here is the text –


4. As to trade, there is the African Continental Free Trade Area that went into effect this year. Here is that background on who has signed. Through the AU CIDO we can participate if we are organized to do so.


5. As to migration, there is the 2018 AU migration treaty,  guess she, like many, has not read that yet. Very few have, in the USA, and very few countries have signed it. Here is the backgrounder for it:

6. The point I am making is that the AU in 2013 entered a new framework for change that she seems to have missed telling us the details of how to partcipate in it. We think the Ambassador’s mandate is to improve diplomatic ties and enhance the existing good relations between the USA and the African Union, specifically as relates to advancing the priority areas of Agenda 2063.  To do that the Ambassador must use their position to mobilize People of African Descent (#PAD) in the USA (47M) to be part of that change.
7. To that end we helped create the African Diaspora Directorate as a over arching civil society organization to
7.1 be a secratariat  for us as a people who earned $1.2T in our GDP and let you partcipate based on your skills,  interests and ability
7.2 to interface with the AUC via CIDO,  Ambassadors to the Diapsora and or other mechanisms as designated by the AUC Chairman and or AU Bureaus.
7.3 to hold a vote for the Civil Society Organizations that would repersent us in the ECOSOCC (20 Seats) and be supportive of it as the Admistration of the Sixth Region with a goal to stand up this vote in the USA in 2020 and world wide by 2021 during the 3rd ECOSOCC GA and
7.4 a operations division that would impliment public private partnetships and other mechanisms that support the African diaspora in the USA and the people of the African Union.
Every Thursday at 7PM EST we have a conference call, hangout and stream at –
Join Hangouts Meet
meet.google.com/tvz-ocjo-xky
Watch live stream
stream.meet.google.com/stream/36a69b91-3eb9-41d6-8039-d7a8ab1bf0ed
Join by phone
‪+1 409-344-5214‬ PIN: ‪229 620‬#
More phone numbers

The African Diaspora – 47M strong in the USA with a Gross Domestic Product (GDP) of over $1.2T USD