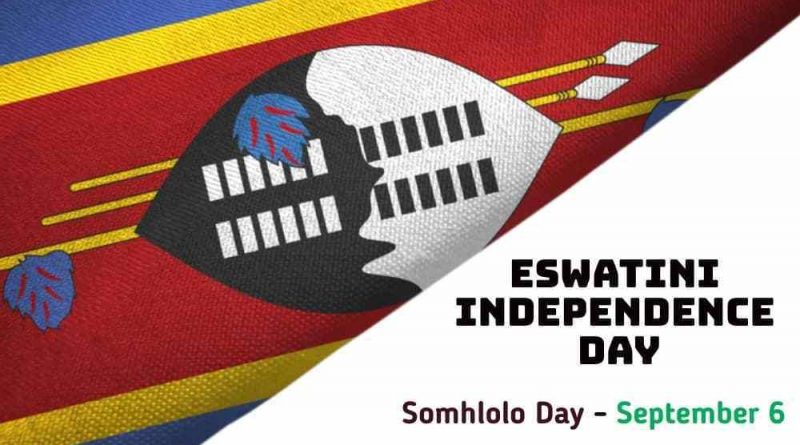 King Mswati III of Swaziland announced that he was renaming the country “the Kingdom of eSwatini”  in a stadium during celebrations last year (2018) for the 50th anniversary of Swazi independence.

Friends of the African Union (FAU) offer congratulations on the 51st anniversary of eSwatini’s independence. FAU looks forward to creating a world-class health system in the eSwatini. A system that can achieve the goal of an AIDS-free next generation.  eSwatini’s initiatives to create a more business-friendly environment to attract increased foreign investment create welcome opportunities to increase trade between the African Diaspora in the USA and the country. FAU wishes the people of eSwatini a prosperous, healthy, and peaceful year.

The new name, eSwatini, means “land of the Swazis”

The Nguni Swazi Kingdom rose to prominence early in the 19th century, under the leadership of King Sobhuza I, who enlarged the territory by conquering and absorbing numbers of non-Nguni people.

King Mswati II then molded the young kingdom into a powerful military force. Through internal stability, military might and diplomacy, the Kingdom of eSwatini remained an independent country until the 1890s, the King taking advantage of the rivalry between the British administration in Natal and the Boer republic of the Transvaal to avoid takeover by either. From 1894 until 1902 the country was administered by the Boer republic, but not annexed. After the defeat of the Boers by Britain in 1902, Eswatini came under British control until independence.

Under the 2006 constitution the Kingdom of eSwatini is an absolute monarchy. The monarch appoints the Prime Minister and approves the cabinet and can veto legislation and dissolve Parliament, though since July 2005 he can no longer rule by decree.

Under the tinkhundla electoral system, which was introduced in 1978 and amended in 1993 and 2005, there is a bicameral Parliament. The House of Assembly has up to 65 members, ten (including at least five women) appointed by the monarch and 55 elected by universal adult suffrage from a list provided by the tinkhundla (tribal or community committees). The Senate has up to 30 members, with ten chosen by the House of Assembly (including at least five women) and 20 by the monarch (at least eight women).

In each of the 55 tinkhundla, numerous candidates are nominated by show of hands; these are then reduced in secret ballots to three candidates per tinkhundla; the 55 Assembly members are elected in a general election.

The 2006 constitution made provision for an independent judiciary and for human rights, including freedom of assembly and association, but it made no reference to political parties.

HE Dr Barnabas Sibusiso Dlamini who was appointed for a third term, by the King, on 17 September 2013. As Prime Minister, Dr Dlamini serves as the Chairman of the Cabinet, the Leader of Government Business in Parliament and is responsible for keeping the King of eSwatini informed on government affairs. He had also served as Prime Minister from 1996 to 2003. He has served in politics as a Senator in Swaziland from 1978-1983 and has also served as a Member of the King’s Advisory Council from 2003-2008. He has also served as Minister of Finance from 1983-1992.

Dr Dlamini worked with Coopers & Lybrand Accountants Swaziland from 1978 to 1984. He also served a Delegate to the United Nations from 1978-1981. He has also been an Alternate Executive Director of the International Monetary Fund from 1992-1994 and Executive Director from 1994-1996. He studied Economics, Accounting and Chemistry in the United States and South Africa. He was born on 15 May 1942.